As a US Sailing Team member in the early 2000s, I campaigned in the Men’s Mistral Class. Representing the USA in the 2002 (Nova Scotia) & 2003 (Portugal) ISAF Youth World Championships. In 2006 I secured the title of US Windsurfing National Champion in the RS:X class.

I learned to sail standing up.

My earliest sailing memory comes from lying on the front of my mom’s windsurfer. A death grip around the board’s nose while we screamed across the water. 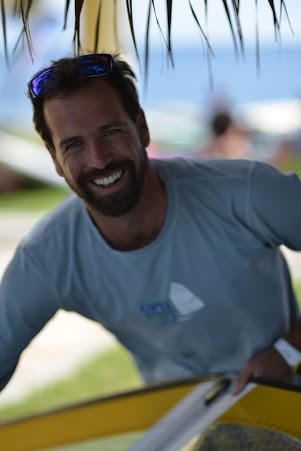 As a child of the 80s the windsurfer and I are a match made in heaven. The rig has taught me countless life lessons: the joy of freedom while flying across the water; my personal limit while getting pummeled by waves, caught in the rigging; and the reward of hard work and perseverance, when testing my skills against other athletes on the racecourse.

As a tween I learned to sit down in a dinghy. A lot of my friends had come out of summer sailing programs and so I jumped in a 420 to start racing with my peers.

In a c420 and collegiate 420, I discovered the tactical world of sailing. It’s one thing to go faster than the other guy, another thing entirely to out sail him while going the same speed. My sister and I started a high school sailing team and we traveled from our small beach town across the state and country to compete against the best of the best in our fleet – Great Oaks, Mallory, Baker Championships. 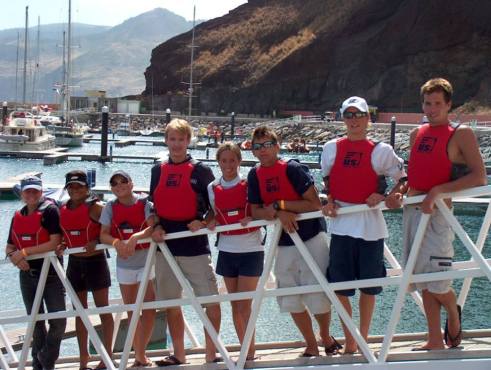 The tactical edge of dinghy racing heightened my interest in Olympic Class sailing. I have competed in 3 US Olympic Trials in the Men’s Windsurfing Classes (Mistral & RS:x), 2 ISAF Youth World Championships, and 2 ISAF Men’s World Championships. During college, I secured the 2006 US Windsurfing National title in the RS:X class.

Since the beginning my love of sailing has been a pursuit of the thrill of speed mixed with an element of fear and challenge. I’m always ready to take on a new challenge, to push the edges of my comfort zone and into new capacities of my physical limit.